The art of the Japanese flower arrangement: Ikebana

Ikebana is the Japanese art of flower arrangement that we compose with many kinds of flowers, branches and leaves. It should be especially sophisticated and harmonized with the scene and the season. During the whole year, we can normally find the bamboo, and the pine tree: then during the new year season, the plum flower branch, the peach flower for the March-April, and the iris for the end of May and in the befinning of June, and of course we cannot forget about the cherry blossom, and the lotus in summer and momiji (Japanese maple) or chrysanthemum. 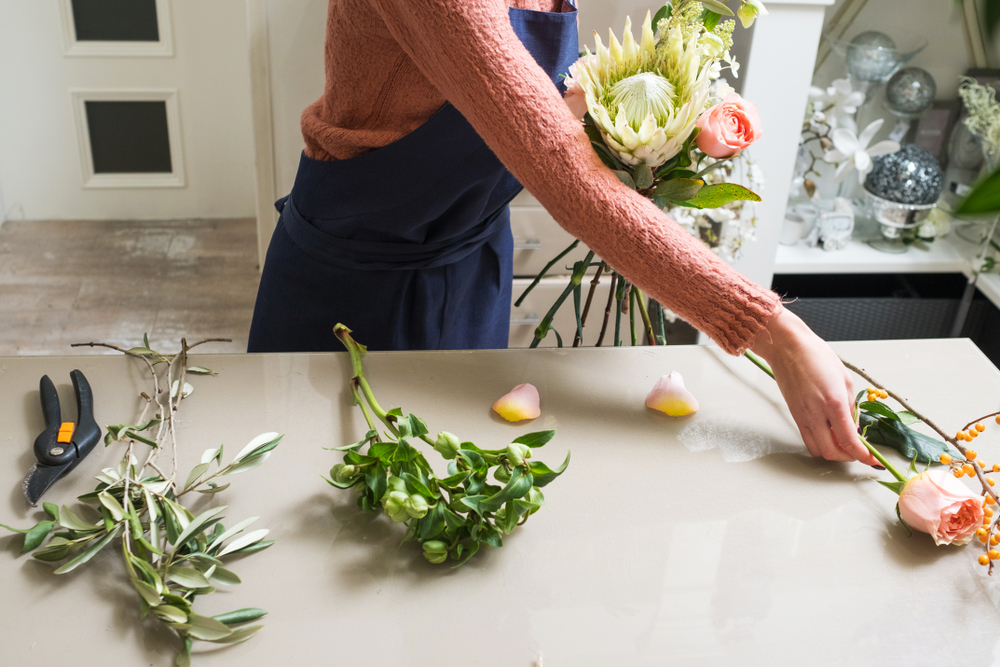 The difference between the occidental flower arrangement is that the Ikebana is pratically made by a little elements, and by a humble way. The art stands so that by the subtle balance between the different elements of the space where it is set. The compositiion should be made in the calmness and it brings to the creater, a certain serenity. This art is based on three important cornerstones: the asymmetry, the space and the depth, representing of the sky, and the land and the humanity. When you start this art of Ikebana, you will have to learn about the cut and the trim properly the branches, to measure the length and the angles before they are arranged in the most equivalent way. 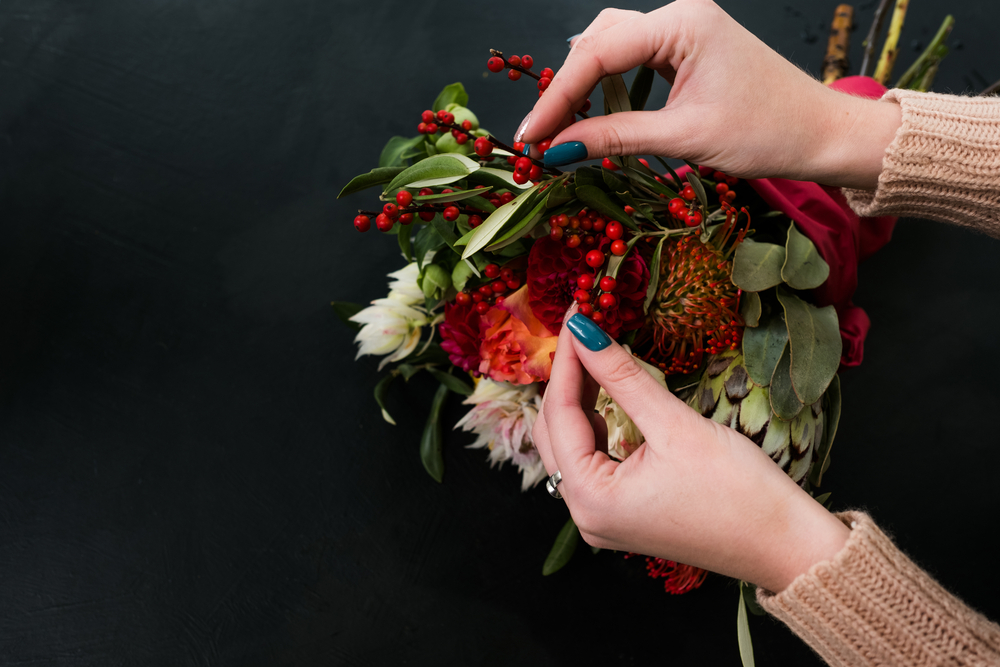 There are many types of Ikebana:

The Moribana : It is the style very close to the Nagairabana but the difference with it is the angles of shin. 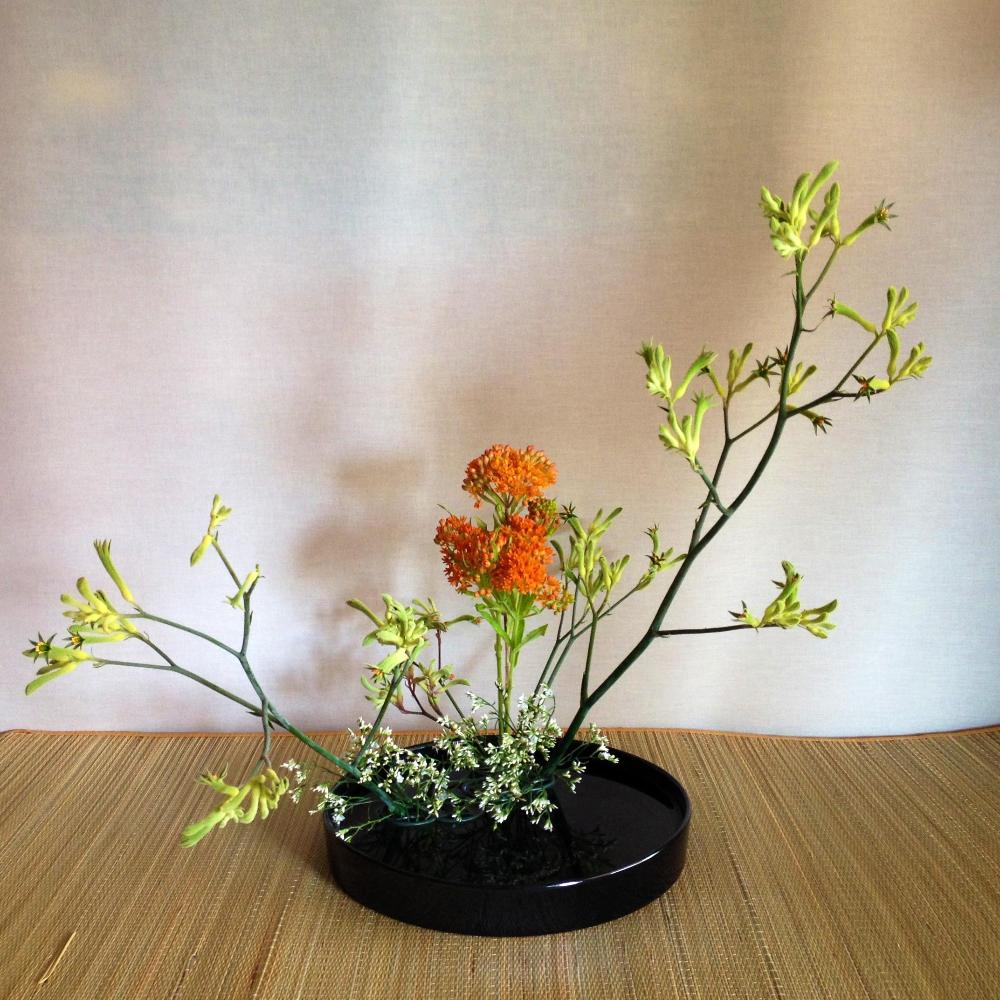 In a style of Moribana (photo above), we have to put water in a sharrow container and place a Kenzain,
a small object having many needles which maintains the flower inside.
The Heika style (equally called Rika, Seika, Shoka) is a style using a big vase. We concentrate here for the vertical and the natural charms of the flowers by placing them in an elegant way. We find here the three elements: the primary stem, the secondary stem, and the ornemental stem. Those angles have varied following the style of Heika using. The most popular one is an inclined style, the primary stem is 1.5 size of the vase and the other stems are the half lenght of the above. 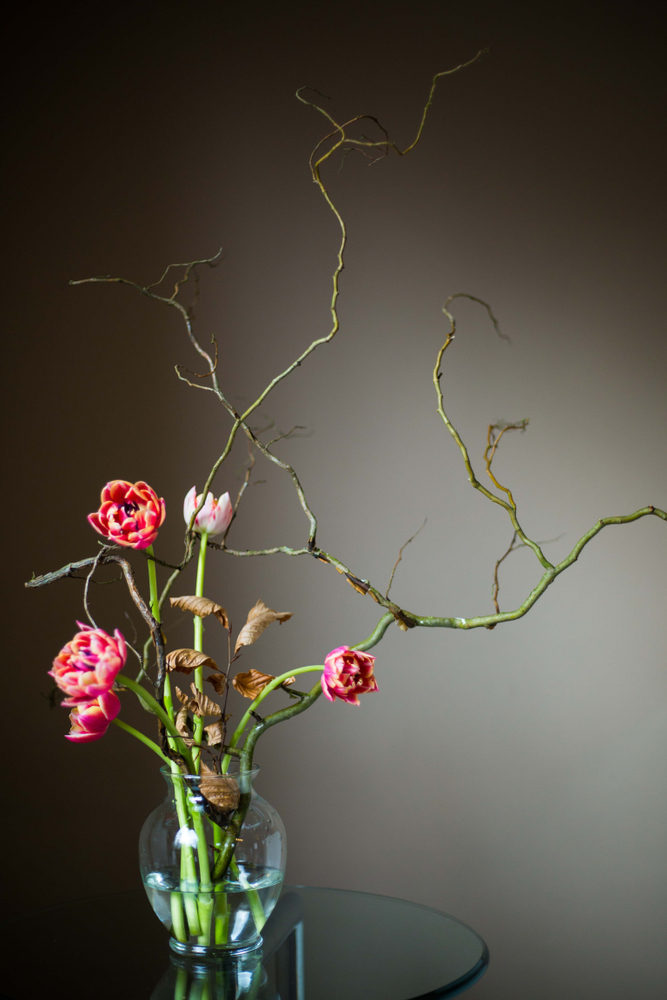 Ikebana in the Rika style
Ikebana embodies the simplicity of the masterpiece, it is difficult to realize having incalculable numbers of different styles; in general, linked to the historical period of Japan. The root of this art might be thought that it has been practiced since the 7th century with the arrival of the Buddhisme to Japan, even if some theories dated long time before than and with the link of Shintoism. The Ikebana should have been largely practiced then from 15th century with the creation of the school called Ikebono in Kyoto. It is of course associated with the tea ceremony, then it did not stop developping until the Edo period. We find today new foms associated with the contemporary art. It is not less than the background of this tradition, based on the serenity, the relation and the harmony with the nature, the materials and the humain are not changed.

Click here to discover the cultural experiences in Japan around Tokyo !

Click here to discover the cultural experiences in Japan around Kyoto !

We are a Japan-based travel agency based in Tokyo, click here to contact our experts for more information about your next stay.